We have been inundated with enquiries about the Recoil track which appeared recently in the advertising campaign for the popular game ‘HITMAN : ABSOLUTION‘.

The track in question is ‘Want’ – Architect Steppa remix. The game was released across North America, Europe and other PAL territories on November 20, 2012 for PlayStation®3 & Xbox 360®.

The original version of ‘Want’ appeared on the Recoil albums ‘Liquid’ (2000) and ‘Selected’ (2010). Three remixed versions of the track, which features Nicole Blackman, were expertly put together by Architect, the creation of German mastermind Daniel Myer and were made available back in October 2010.

Inexplicably, Recoil’s record company removed the downloads page where the ‘Want’ Architect mixes were originally hosted – we have no idea why. But the good news is that we have now re-hosted the package directly via Shunt and made them available once again, entirely free, including the original artwork and the tour booklet which accompanied the ‘Selected Events’ tour.

All audio mixes are available in the following formats : 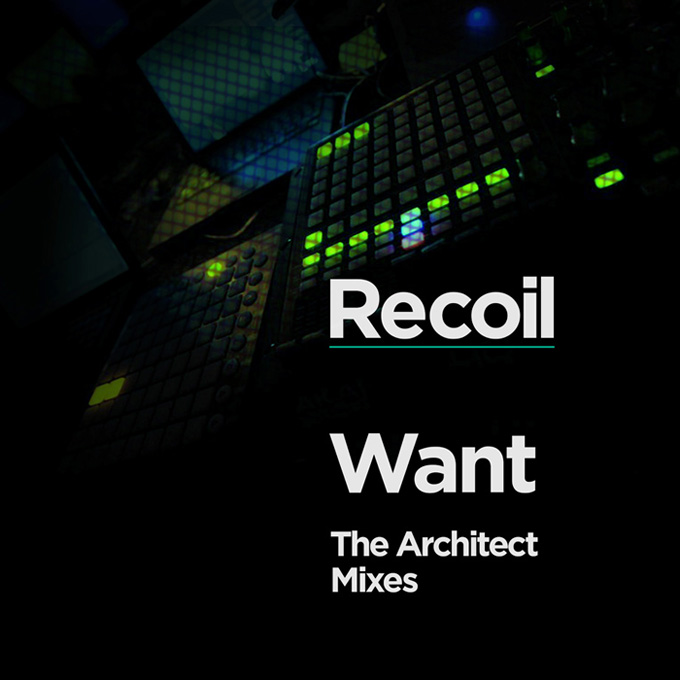 In 1993 Daniel Myer founded the legendary electro-industrial/EBM project Haujobb. Since then he has made a name for himself within the electronic scene and initiated many other projects such as HMB, Newt and Destroid. Since 2007, Myer has been a permanent member of the renowned Swedish EBM band Covenant. Architect was created in 1998 and can be easily described as the most fascinating of Daniel’s projects. Focusing primarily on minimal techno, powerfully distorted sequences and razor-sharp breakbeats, Architect creates a unique hybrid of electronica with smooth ambient soundscapes, rendering the results suitable for both listening and dancing.

Alan Wilder explains: “After embarking on a series of live events, I found myself re-visiting and re-working many of my favourite pieces. With this in mind, I also kept my ears open for interesting people to contribute to this process and quite early into the tour was introduced to Daniel and his array of projects. I spent many an hour in various hotel gyms, headphones connected, being strangely hypnotised by his work – in particular from Architect’s album ‘Consume Adapt Create‘. I subsequently asked if he would be interested in taking part in some of the events we had planned and he and I struck up an instant rapport. His approach seemed to fit perfectly with what Paul Kendall and I were doing in the live arena. The inevitable result of this new-found friendship elicited this set of remixes of ‘Want’. No real guidelines were given – just that Daniel should do his thing to this track as it had never been remixed before and was crying out for some alternative treatments. I hope you enjoy these three variations on the theme and, like me, will appreciate the use of surgically placed sounds, haunting ambience and complex intelligent arrangements.”