The promo for Faith Healer, the first single from Bloodline, was directed by Angela Conway for State Films and featured Douglas McCarthy and Alan himself.

A cover of the classic Alex Harvey song, Recoil’s rendition was a frenetic electro re-working displaying all the elements that personified Alan’s music at that time. Coupled with the obvious lyrical content, McCarthy’s growling vocals and charismatic rants, to some extent, dictated the nature of the promo, although Angela Conway resisted the urge to rely too heavily on modern day religious imagery and opted for a more stylised Voodoo idea. In particular, this ensured that she could incorporate evangelical elements whilst also picking up on the darker nature of the track. 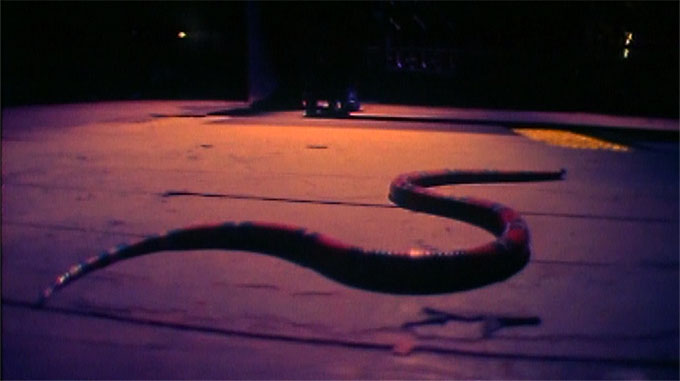 Produced in January 1992, the promo. for Faith Healer consisted of two main scenarios – exterior shots of Doug set amongst fires and the night sky, and interior scenes with Alan in a church setting.

The outside shots were filmed in Epping Forest, Essex and involved Douglas lip-syncing to the track whilst cavorting in the woods! In spite of the bonfires, it was very cold and to add to his discomfort, he was required to wear ‘cats eyes’ contact lenses….

Although Alan’s role in the promo allowed him the luxury of filming indoors, he did not get off too lightly. Shot in an old Synagogue in East London, he is featured sitting at a table holding, at one point, a chicken and later, a snake. In addition, his face is painted blue and his hair dyed orange. 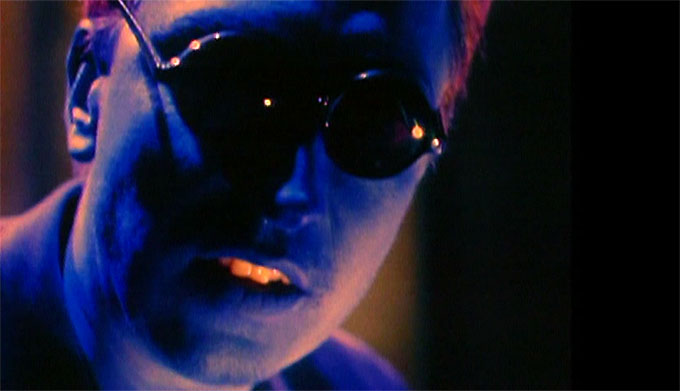 The combination of all these elements ensured, in particular, a predominance of vivid and striking colours helping to give the overall picture a sense of savagery and power.

In spite of being made 6 years before the next Recoil promo. ‘Drifting’, this aspect alone, seems to provide a sense of continuity and is very much in keeping with the ethos behind the entire Recoil project. 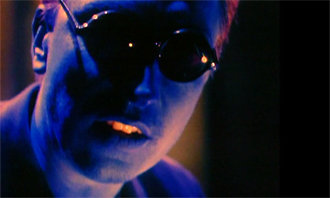